At least, that seems to be the impression one can get a lot from watching movies dealing with the police or fire services. I just started making a poll on IMDB in which I put together a list of firefighters from various movies and television shows, and the one thing that bothered me was that out of all the pictures I got, neither I nor any of the people making suggestions for choices could find a single photo of a woman firefighter (the closest we got were the two paramedics from Chicago Fire). 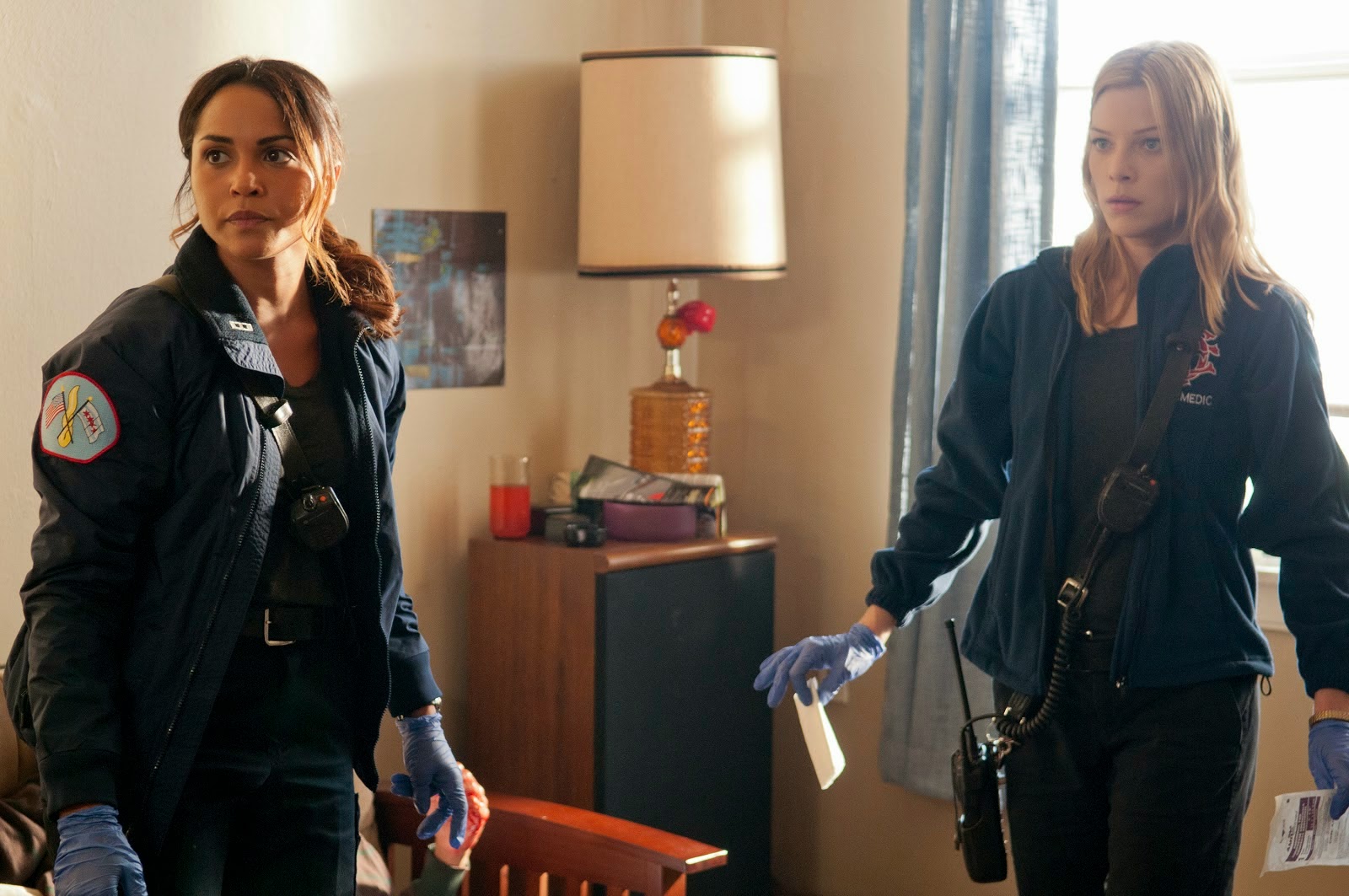 I also mentioned before how "buddy cop" films almost always pair up two men, with the only exceptions I've found being The Heat (which awesomely plays the genre straight but with both partners being women) and, more embarassingly, Theodore Rex (Whoopi Goldberg gets paired with a talking dinosaur). Then again, how often do you see female cops in the movies? On TV shows they pop up a bit more frequently, though you still often get police shows where the regular cast is predominantly male. On film, however, I can't think of very many at all outside of Detective Shannon Mullins from The Heat and Marge Gunderson in Fargo.

It seems the only area of emergency services where you're likely to encounter any number of women is if they're working in hospitals or as paramedics. We see female cops now and then but as far as I can tell there don't seem to be a whole lot of movies or TV shows which actually feature women working in the fire brigade. Out of all the movies and shows I've currently looked up for my IMDB list, only one actually had a female firefighter in the main cast, and am I the only one a bit surprised by the fact that it was a kids' show?

Granted, Fireman Sam was a pretty awesome kids' show (at least before they brought in all the CGI and made the cheesy film The Great Fire of Pontypandy) but it does seem a bit weird that seems to be the only place where I've actually seen a competent women working in a fire department as a firefighter. Outside of that the closest I've found is Chicago Fire, which has two female paramedics in the main cast. 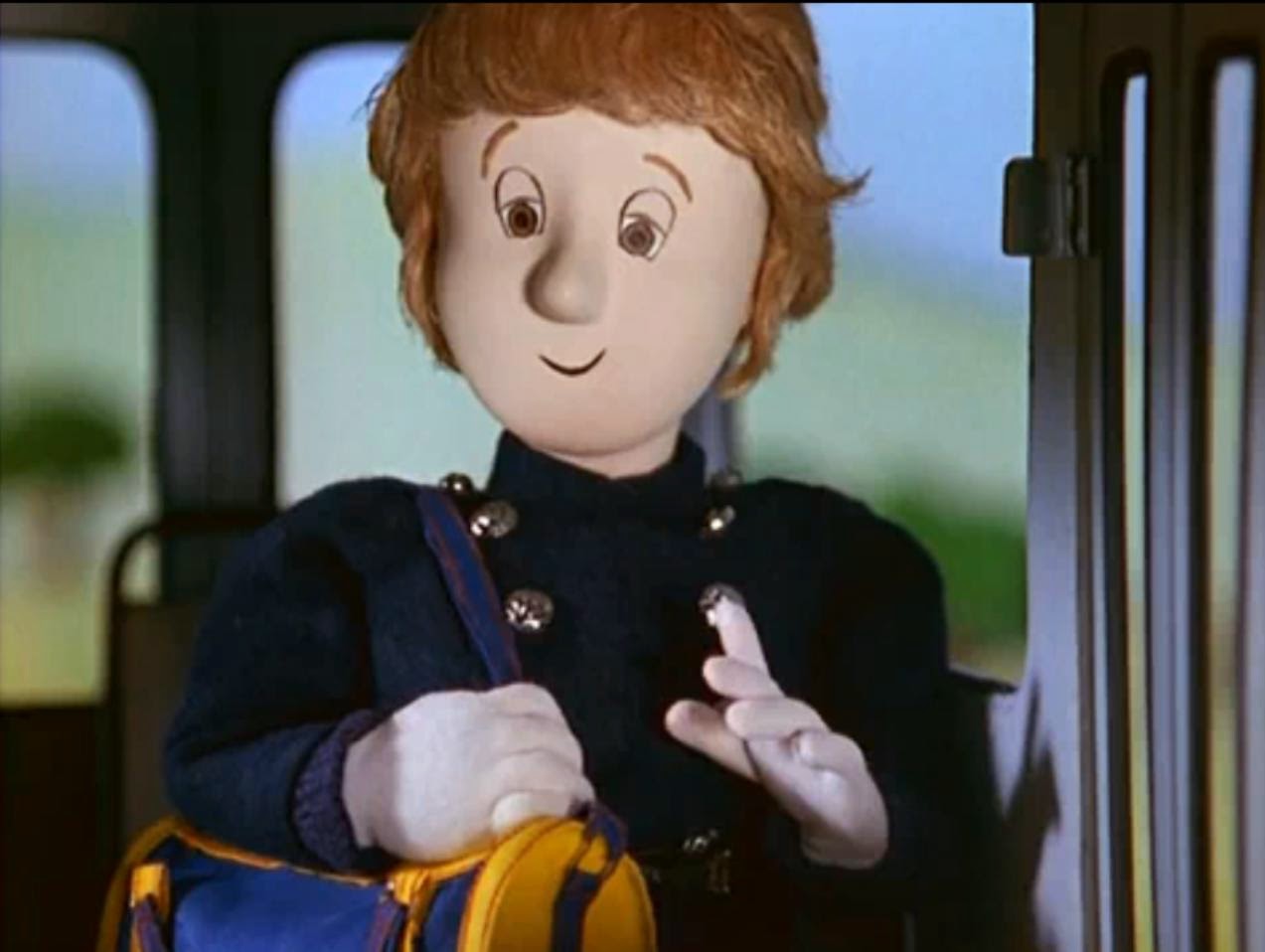 That said, going on every other film I've found: Backdraft, The Towering Inferno, Ladder 49, and if you really want to go a long way back even The Life of an American Fireman, one gets the impression that women firefighters are about as easy to come by as female astronauts in Conquest of Space (in other words, according to these movies they don't exist).

If there is a woman present she's always a supporting role as family or a victim trapped in the building or a paramedic or some other role that keeps them from getting in on the action of actually fighting the fire. I can honestly say that this is ridiculous. Women are a major part of the fire service, and in fact I even found this little clip containing interviews with several female firefighters to prove it:


The reason why this is happens is straight forward enough. Firefighting has traditionally been a very masculine profession. This is why women are not usually depicted in this profession in older films like The Life of an American Fireman. That said, according to Wikipedia female firefighters have existed in the United States as early as the 19th century (even if they were greatly outnumbered by the men). The problem is that still seems to be the case. The Life of an American Fireman came out in 1903, but none of the other works I've referred to date back any earlier than the 1980's and were made by people who should have known better. 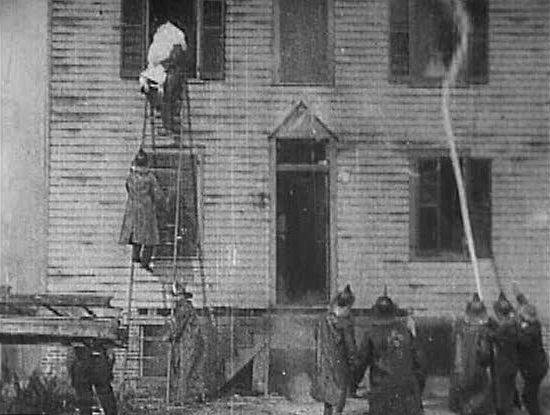 Now from what I've gathered, firefighting is still a very masculine profession, and that's just the problem. Women still seem to be greatly outnumbered by the men and the media still keeps enforcing the image of firefighting as a masculine profession. If you ask me, something needs to change here. As long as people keep bringing out these masculine firefighting movies and shows in which women have a job on the sidelines at best, it doesn't create a positive image.  All it does is enforce the idea that firefighting is a man's world, and it's not.

The fact of the matter is that unless you include Fireman Sam I cannot seem to find a single film or TV show which depicts female firefighters in action. There should be a fairer representation: even one film with a single female firefighter in an otherwise entirely-male unit could make all the difference. 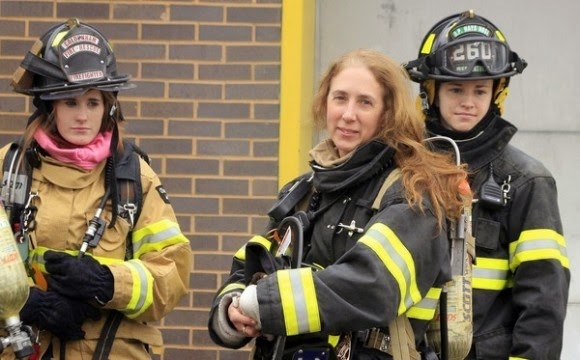 UPDATE: Since publishing this article I have managed to consult an actual fireman on this issue over Facebook. Here is what he had to say:

I joined the Toronto Fire Services in 1996. Coincidentally that same year there was a new show called L.A. Firefighters.
Although it did have two female firefighter characters, they were used only in the most stereotypical fashion: love interest, love-triangle, damsel in distress, etc.

I can't begin to describe how truly awful that show was.... terrible acting, idiotic dialog, completely unrealistic situations and outcomes; I mean absoultely no part of it was in any way reflective of a professional fire service then, and even less so now.
Thankfully it died after one season. The problem is, as demonstrated by Chicago Fire, nothing has changed. That show represents a real fire service about as much as Steven Segal represents an actor.

Now, I'm not saying that today's fire services don't still have a serious need to improve staff diversity, but at least in Toronto it is still miles ahead of Hollywood. Let's face the facts that Hollywood is A. Not representative of reality in any form B. Equivalent to a corporation that is only ever interested in the bottom line.

The reality is that the fire service is representative of LIFE: we have big & small, fat & skinny, old & young, male & female, black & white, smart &....not so smart. Just like doctors, teachers, shopkeepers, gardiners, and executives, we put in a day's work, go home, do laundry, get groceries, all the mundane boring stuff of LIFE. This doesn't make for good TV or movies however.

I'm not sure what the answer is, but I'm glad that you are using this forum to shine a light on some of these issues. Keep up the good work!

If any other actual firefighters, male or female, should happen upon this article and wish to share their thoughts on this issue, don't be afraid to post what you have to say in the comments or drop me an e-mail.
Posted by John Hitchcock at 17:34

Email ThisBlogThis!Share to TwitterShare to FacebookShare to Pinterest
Labels: Women in Film