David Cronenberg's Videodrome and the Role of Television in Our World You might want to savor reading this post, because this is probably the only time on this blog you will ever hear me talk about pornography, snuff films, exploitation films, and other films of the sort. I'm not normally big on pornography for a variety of reasons, but my main justification is that I just don't like the idea of turning on a movie simply to watch two people I don't know have sex. I'd much rather be engaging in it myself than watching two strangers go at it. I'll also go out and say I'm even less inclined to see snuff films for reasons that should be obvious to any sane person.

While David Cronenberg's science fiction/horror film Videodrome doesn't exactly fit into any of those categories, they do play into its main narrative. Beneath the increased blurring of reality from hallucination, the twists and turns, the body horror, and the brown wig worn by a singer from a band called "Blondie", Videodrome is a strange piece of social commentary regarding the role television plays in our society. The technology used might be a bit dated but the underlying message is every bit as relevant today as it was back in 1983, if not in fact slightly more so.

The whole thing begins with Max Renn (James Woods), the producer of a small-time television network somewhere in the messed-up society of near-future Toronto, Canada. He is overjoyed when his technical assistant Harland (Peter Dvorsky) unscrambles a pirated television signal and finds a new show called "Videodrome". The show in question turns out to have no plot or characters, and is in fact literally nothing but an hour of non-stop torture and murder. That doesn't sound like a very appealing show, does it? 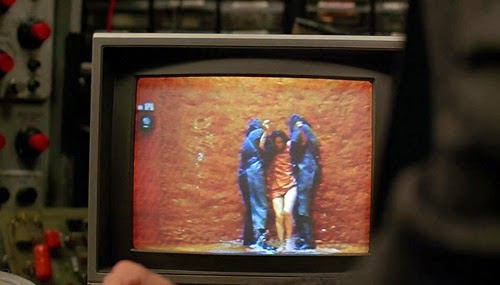 I probably would not be inclined to view such a program, but in this messed-up world Max is quite taken with how "realistic" it is and begins taping it. One thing that is quickly established is that television is a dominating industry, just as it is in our world, but here perhaps even more so. There doesn't even seem to be much regard for quality anymore, and a lot of what is broadcasted is the stuff that we often see as dirty. Pornography seems to be a big thing now, especially evidenced by the fact that even Max is fed up with it and wants to find something new.

Nicki Brand (Debbie Harry) sums it up early on when she is being interviewed. As she puts it, we live in a world where we are constantly looking for some form of stimulation, and that may in fact be extremely relevant today, perhaps even more than in 1983 with the internet. How many of us have spent hours watching videos on YouTube desperately trying to get some sort of stimulation out of pure and utter boredom? I know I have. 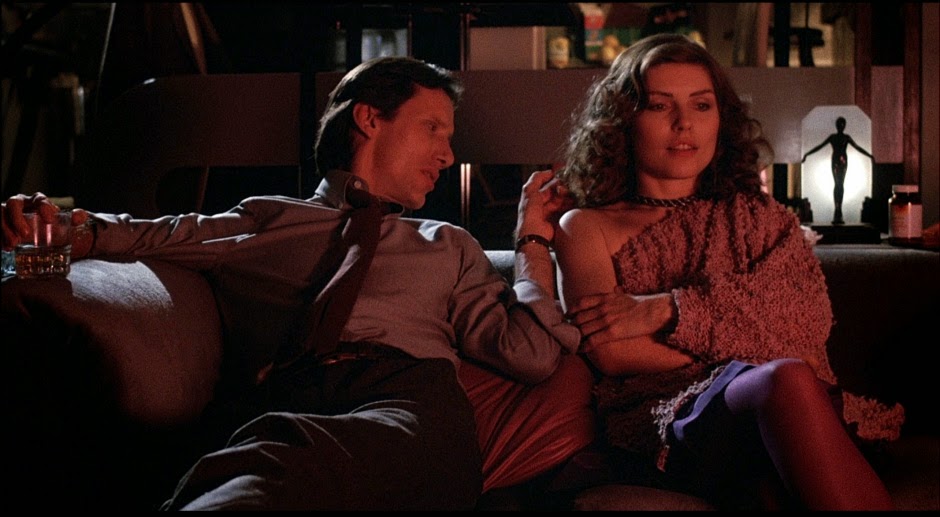 Not only is she captivated by the show, but it gets to the point where she openly decides to "audition" and participate in it. The fact that she wants to get onto a show that features nothing but nonstop torture is troubling enough, but then Max finds out the reason why the show is so "realistic" is because all the violence depicted is happening for real. From this point on, we never get a chance to see Nicki in person again. All subsequent appearances are on a television screen.

This is also about the point where it starts to become harder to distinguish reality from hallucination. Characters on the television (particularly Nicki) suddenly seem to start talking to him in pre-recorded material. Max seeks answers from Professor Brian O'Blivion (Jack Crely), who seems to know what's going on, but matters are only complicated when he finds he cannot get a one-on-one discussion and can only hear from him through prerecorded messages.

As it turns out, Brian O'Blivion actually died several months before the film began, which makes it all the more bizarre that he was able to talk to Max. Matters are further confused when Nicki arrives during one of O'Blivion's recordings and strangles him, before she begins addressing Max. Even though the whole thing is supposedly pre-recorded, she seems to be aware of Max's presence. This is also the infamous scene where Max ends up having sex with his television, perhaps yet another (really strange) metaphor for how it has messed up his life.

Then of course there's all the body horror which may or may not be hallucinated. At one point, Max finds an open slit in his stomach which he slides a loaded gun into before suddenly finding that hole to have disappeared and the gun nowhere to be found. During the climax one hand alternates between being fused to said gun and appearing normal. Tapes appear to transform in Max's hands. It all gets to the point where one can hardly be certain where reality ends and the hallucinations begin. Videodrome has been affecting his mind from the beginning, but it is now that we can see it really taking hold of him. 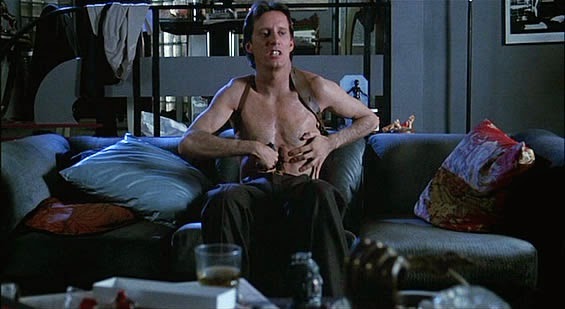 Worse still, as Max eventually discovers, he has become an unwitting test subject set up by a wealthy businessman who was also working with Harlan. One of his hallucinations is recorded, and in a bizarrely sick moment he finds himself on the set of Videodrome, where he repeatedly whips a television displaying Nicki, who still reacts with pain.

In the end, Max becomes nothing more than a puppet controlled by other networks. He is literally programmed to do as he is commanded (to the point where people literally put a tape into him) and he can't break free, much as it is hard for our own society to break free from the influence of television. Even when he is arguably "liberated" by Bianca O'Brien, he is still being manipulated by a television network. While her station seems slightly more benevolent compared to the guys behind the Videodrome signal, Max has been stripped of anything that made him an individual and is only capable of doing as she commands. 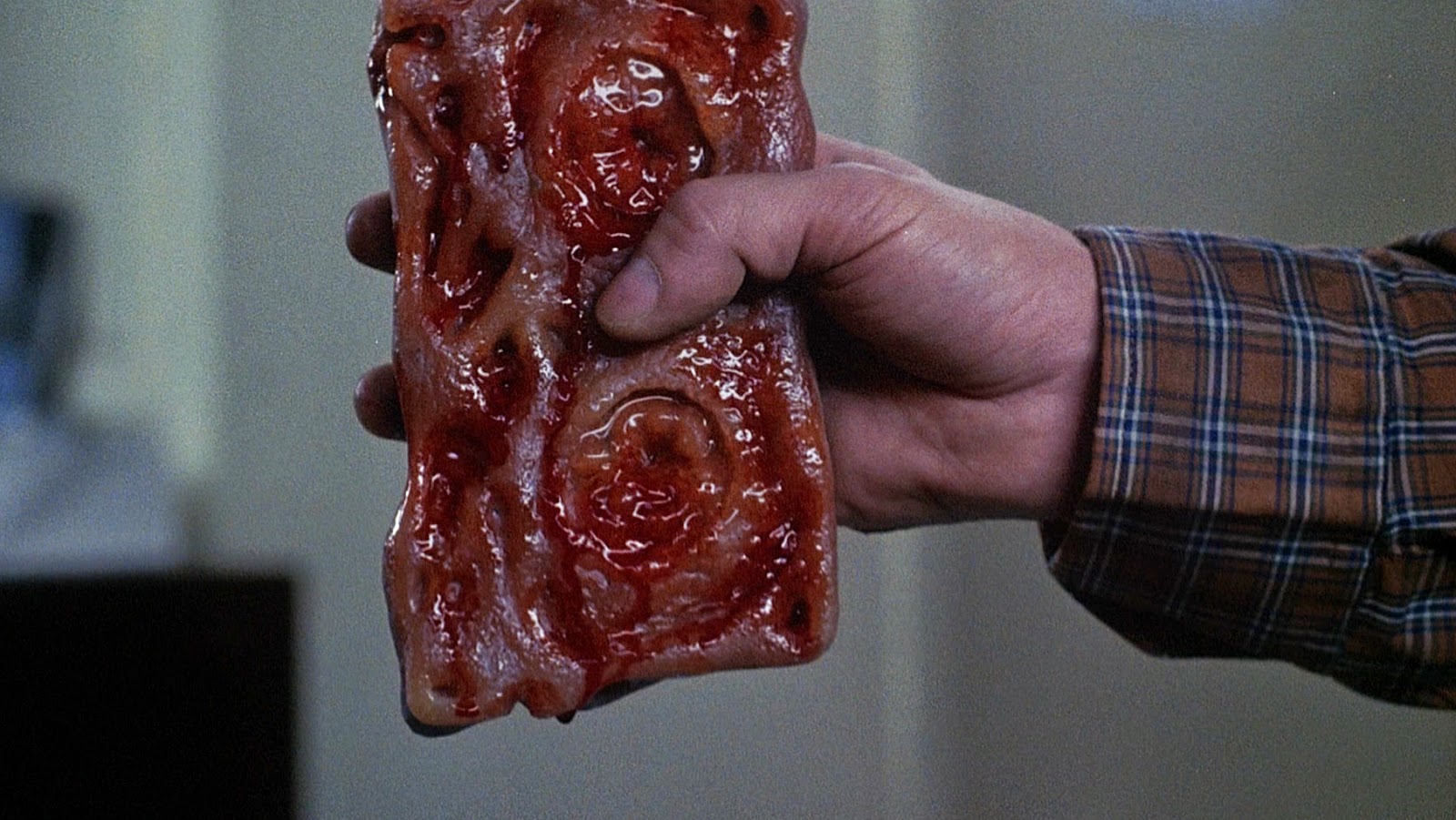 The only escape is his own death, and even that is not completely certain. Does he die in the end, or does he continue to live on the same as Nicki and Professor O'Brien seemingly have? The film ends there, on that open note. Whatever happens next, Max Renn is no longer the man we came to know in the movie's beginning. His mind has been distorted and manipulated by the television signal, and there is no definitive way he can set himself free.

We may not quite have anything like the signal used in Videodrome just yet, but one cannot deny that television plays a major role in our society. It does influence our everyday lives in ways we might not even notice. It's hard to break away from the grip of television programming. Even if you don't watch it regularly most of us have some show or another we tune in to see. Like it or not, television may very well be controlling your mind, and like Max Renn, there is nothing you can do to stop it. 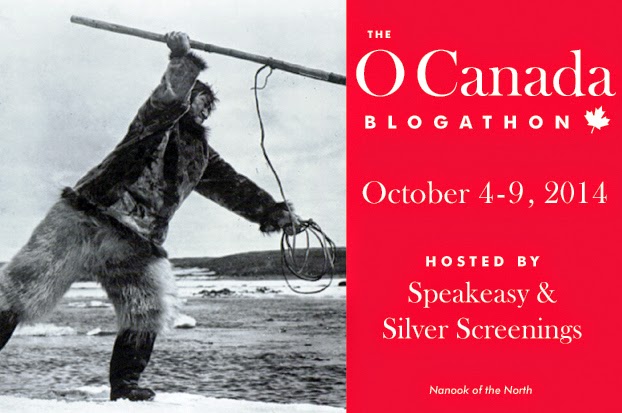 This post was written for the O Canada Blogathon hosted by Kristina of Speakeasy and Ruth of Silver Screenings
Posted by John Hitchcock at 01:00